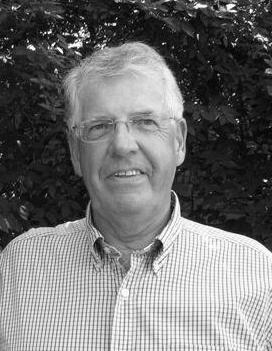 Dr. Chris Frantsi has an extensive background in fisheries and aquaculture in both the public and private sectors.
He spent his early years in Ontario and eventually moved with his family to Nova Scotia. He completed his BSc at Acadia University with a focus on microbiology. He then attended the University of Guelph, Department of Microbiology where he completed a Masters with his research on mammalian virology. Following this he did his PhD at Guelph in the Ontario Veterinary College Department of Microbiology and Immunology with his thesis on the epidemiology of Infectious Pancreatic Necrosis virus.
He began his career as a student microbiologist with the Canada federal Fisheries Inspection Branch in Halifax and following completion of his Masters, he taught food microbiology for a semester at the University of Guelph.
From 1972 to 1975, working for DFO and stationed at Mactaquac Fish Hatchery near Fredericton, he was responsible for fish health in Atlantic Canada’s then thirteen federal salmonid hatcheries. In 1975 he moved to St. Andrews and joined the Huntsman Marine Laboratory and the Atlantic Salmon Federation to assist in building and operating the North American Salmon Research Centre. In 1977 Dr. Frantsi moved to Ottawa for a year and assisted with the Introduction of Canada’s Fish Health Protection Regulations.
From 1978 to 1985 he worked with the Huntsman and the New Brunswick Community College in establishing and teaching Canada’s first Aquaculture Technician Training Program. During this period he also conducted research for government and private clients in both shellfish and finfish.
In 1985 Dr. Frantsi joined Connors Bros. Limited, later to become Heritage Salmon Limited, establishing the Aquaculture Division where he worked in senior management until 2004. He currently pursues a number of private interests under Chris Frantsi & Associates.
Dr. Frantsi has authored many scientific and technical papers on virology, microbiology and aquaculture, and has served as a member on various boards and as adjunct professor at a number of universities in both Canada and the USA. He is a Certified Fisheries Scientist with the American Fisheries Society and in 2000 was named “Aquaculturist of the Millennium”, a Canadian Farm Credit Corporation Award given by the Atlantic Aquaculture Exposition.
Dr. Frantsi currently serves on the Board of the Fundy Community Foundation, dedicated to serve community needs in Charlotte County New Brunswick and is Chair of the Atlantic Canada Opportunities Agency, Atlantic Innovation Fund Advisory Board.
Chris enjoys the good fortune of continuing to reside in St. Andrews and these days is usually found pursuing long neglected interests such as golfing, gardening, ATVing, hunting and fishing.