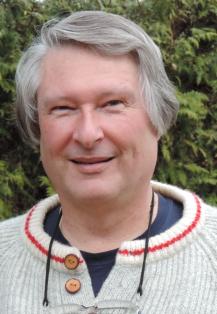 Dr. Page was born in Saint John New Brunswick and attended Saint John High School.  From an early age he has been interested in the multi-disciplinary aspects of marine biology and oceanography, especially in physical-biological interactions and the applications and implications to human activities.  He received a Bachelor of Science (Hons) in Marine Biology from the University of New Brunswick in Saint John, a Masters of Science in Biology from the University of New Brunswick and a Doctor of Philosophy in Oceanography from Dalhousie University.  Dr. Page’s initial foray into aquaculture research included some limited experimentation with the outgrowing of Bay Scallops and the development of software for tracking and predicting feed utilization and growth of trout reared in a land based system.  As a Fisheries and Oceans Canada research scientist he has worked closely with industry representatives, government policy makers and regulators as well as university colleagues and has developed and led a research team whose aquaculture research has focused on relating physical and chemical aspects of the marine environment to applied aspects of aquaculture production and regulation.  His work has emphasized the acquisition of in situ measurements of temperatures, salinities and dissolved oxygen, sediment sulphide, water currents, waves, the transport and dilution of suspended substances and the development of numerical analyses and predictive models.  He has conducted research activity related to applied issues such as the carrying capacity of mussel and finfish culture, oxygen depletion by salmon farms, spread of ISA and the development of aquaculture bay management areas, transport and deposition of organics released from finfish farms, spatial and temporal variation in sediment sulphide, design of aquaculture environmental impact monitoring programs, and the transport and dispersal of sea lice therapeutants released from net pens and well boats.  He has been the Director of the DFO’s Center of Expertise on Integrated Aquaculture Science, an official member of Canadian aquaculture science delegations to Spain and Chile, a member of a Canadian delegation to a Pacific Rim aquaculture conference, a contributor to several DFO advisory documents relating to aquaculture, a member of various aquaculture regulatory support committees, an adjunct professor at several universities, a recipient of distinction awards for contributions to sea lice integrated pest management research and team work, partnership and cooperation, a member of the United Nations team on the status of the world’s oceans, and an invited scientific reviewer of the New Zealand NIWA aquaculture environmental interactions program.  In the future Dr. Page hopes to continue researching along these lines with an emphasis on developing better predictive models and decision support tools of use to aquaculture regulation and development.